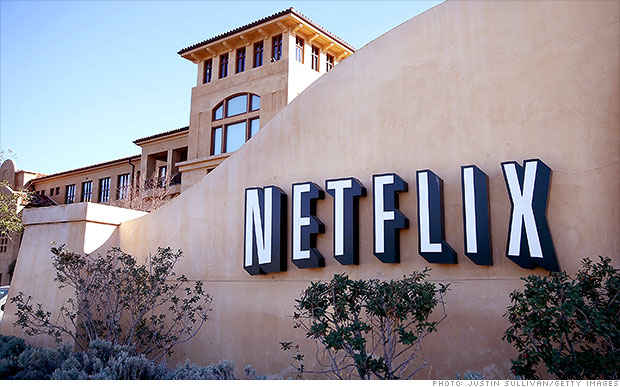 I finally got bitten by this tiff between residential and commercial ISPs. I have a 50/25 plan through FiOS and I see great speeds for almost anything. I can regularly push 50/25 on download/uploads to my own private servers for a sustained period of time. But last night while I was trying to watch House of Cards I was getting < 1mbps to Netflix. I did some digging and some tinkering (CTRL+ALT+SHIFT+S to set buffer) and managed to wait it out to let it buffer enough so I could enjoy the show in HD instead of Realplayer-esq  video quality. But I shouldn’t have had to do that. I ran several speed tests to testmy.net and speedtest.net and they came up with the 50/25 number. I tested my private servers and was up there as well with my speed so what the heck is happening? Since I eventually got it working by changing the buffers I didn’t get  chance to test with a VPN. But tonight if I hit this same issue I will be testing with a VPN to see if I can get around some blockages between Verizon and Netflix’s providers.

The whole thing leaves a terrible taste in my mouth though. For one, FiOS should allow me 50/25 throughout the internet to all its links to the global internet. If something is congested it should upgrade the lines to support the additional bandwidth and should work its ass off to provide me the 50/25 speeds I pay for. But from what I’ve read they don’t upgrade these links unless they get money from the other party for connecting me to them. They should only be concerned about my service quality to the open internet and not try to grab some extra cash on the other end because they promised me 50/25 and I want to use the damn 50/25. At least with DSL we had some options with ISPs so if one throttled you could switch. The FCC needs to force cable companies to share their fiber lines or municipalities need to run their own and provide the infrastructure for competition. It will only get worse before it gets better.

Update 3/17: Tried with Witopia and it buffered HD in about 30 seconds. The same episode without Witopia didn’t buffer within 3 minutes and didn’t even attempt to buffer HD. So, it looks like something is going on before FiOS and Netflix that can be routed around with a VPN. So if Verizon and Cogent or whomever got together and upgraded their interconnects we wouldn’t have this problem and the internet would be a happy place again.

Also, for disclosure. I own some shares of Netflix stock at the time of this writing.

Update 3/19: I just got back from a trip to San Diego. While there I tethered to my Nexus 5 on T-Mobile and watched some Netflix. Within a couple of seconds I had an HD stream. I’m watching Netflix right now but had to resort to Witopia. I tried to force a buffer of 3000 but it just kept buffering. I connected to Witopia and within seconds it had the HD stream. This is just crazy.

Update 3/20: I just read this article and it does provide more insight. So its hard to be angry now at Verizon, except that I pay them for 50/25 speeds, and because of some agreements with peers I don’t get that for every site I access. I’d rather blame the companies that don’t look out for their customers best interests. Possibly Netflix for peering with Cogent, possibly Cogent for not providing Netflix with what they paid for, or Verizon for not offering me a better deal when wholesale bandwidth is so cheap. What I’d really like to see is more competition in the consumer ISP space to really see what happens with different providers. I imagine some might care more about their customers than their annual profits to shareholders and those will likely win. But, to promote competition the Government should really run the infrastructure and lease it out to companies to provide the service. I want 4 fiber lines in my home and all my neighbors homes so we can stick with Verizon or Comcast or Bob’s ISP down the street because its what we see as good service at a good price instead of Verizon paying tons of money to lock in a deal with my city and paying a ton of money to run infrastructure and just raking in the dough.

This site uses Akismet to reduce spam. Learn how your comment data is processed.

Personal blog. Doing Tech and other things that interest me.